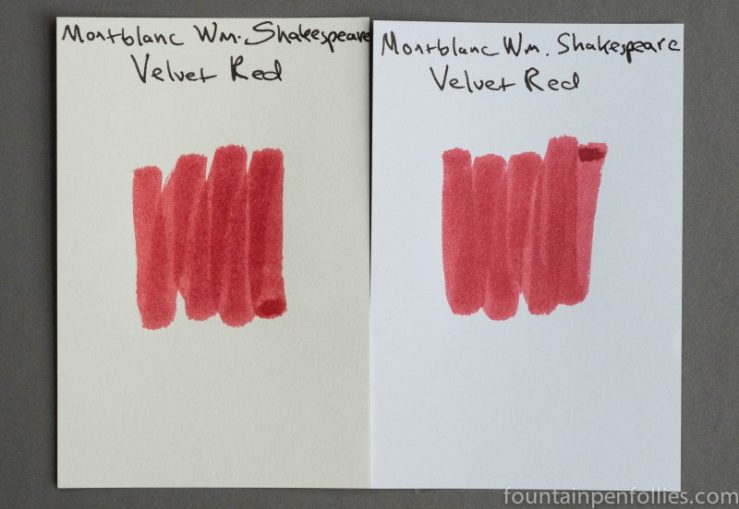 Shakespeare ink is nice and dark — velvety, as Montblanc might say. It does shade nicely on fountain pen friendly paper.

It also comes in a cool bottle, though only 35 ml. The quill on the label matches the ink color pretty well. 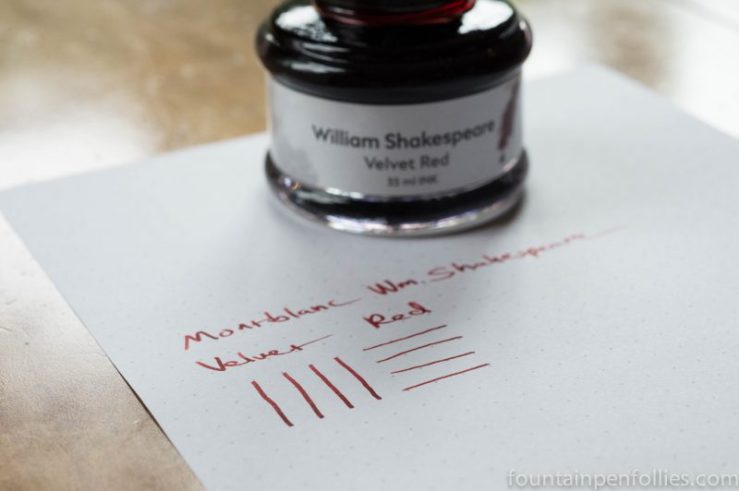 I put Shakespeare ink in a Montblanc 146 with broad nib. Here’s a quick writing sample. 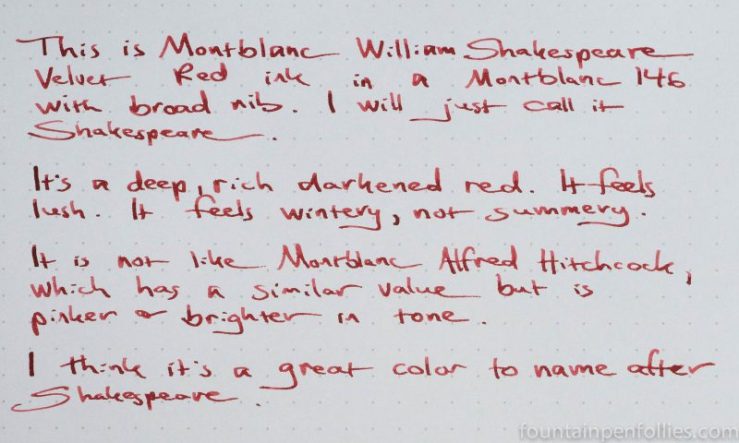 I suspect the ink may be on the dry side, but I’ve only tried it in this one pen, so I don’t know for sure yet.

Everyone’s been wondering whether Shakespeare ink would be similar to Alfred Hitchcock ink, an older limited edition from Montblanc. Now Hitchcock is one of my favorite inks, without question. However, Diamine makes a nice doppelganger in Burgundy Rose, and KWZ Maroon #2 isn’t far off. Both of those are excellent substitutes for Hitchcock, in my opinion.

Which is good, because Shakespeare is indeed different than Hitchcock. Here are swabs. 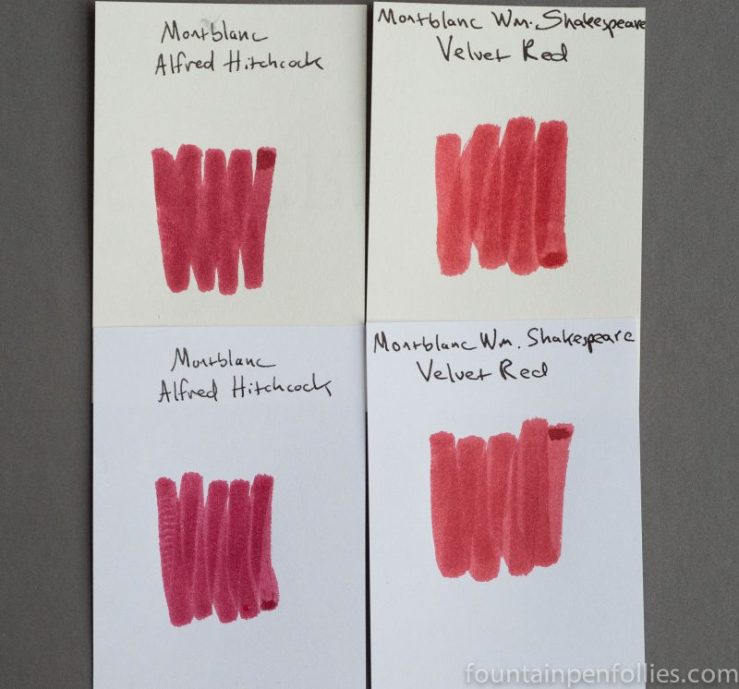 The value is similar, but the hue is of course quite different. Shakespeare is darker in feeling. It doesn’t feel as cheery as Hitchcock (or Burgundy Rose or Maroon #2). Shakespeare feels more wintery.

The ink I have that looks closest to Shakespeare, when you look at swabs, happens to be another ink named after an author: De Atramentis Sir Arthur Conan Doyle. However, though possibly close in hue, the two inks vary significantly  in saturation. But here they are. 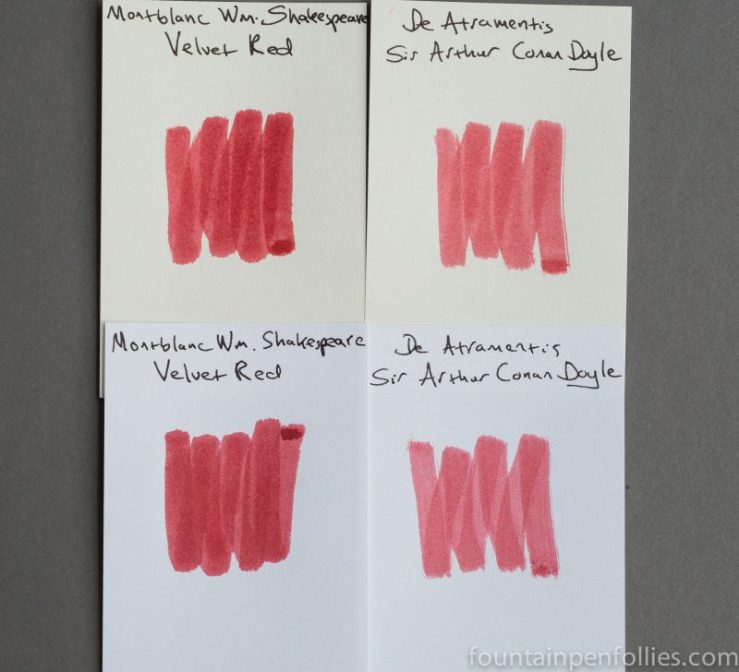 I have not used my sample of Conan Doyle yet, so I can’t say how that looks in a pen. Based on the swabs, I will stick with Shakespeare for now. But it’s interesting to see this.

I find this super interesting, too. Shakespeare has more pink than I expected from writing with it, but the other dyes tone down the pink.

And here is chromatography comparing Montblanc Hitchcock, on the left, with Montblanc Shakespeare.

So, yeah, not very similar. But we knew that from the swabs.

And maybe it will have some downsides. It may feather a bit. (I mean, hey, look at the label — there’s a feather, so we’re warned.)  But my first impression is that Shakespeare ink is another winner from Montblanc. 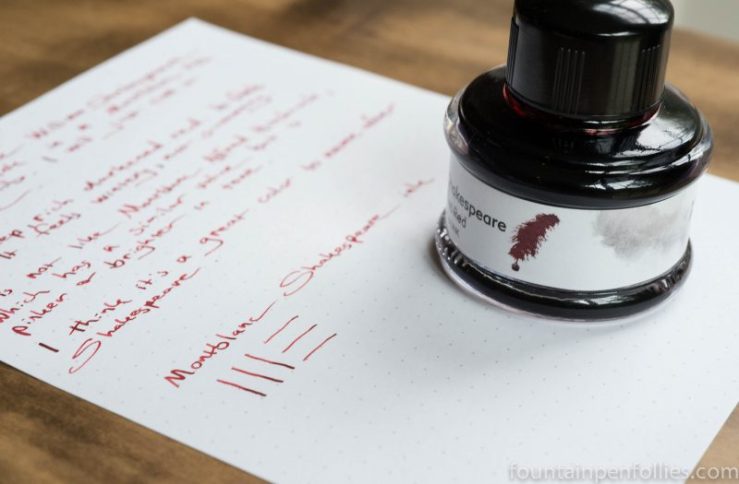