It was only a week or two ago that I was so happy with my Lunacy Field Notes that I ordered two additional packs. Because I thought I might need extras hoarding.

Then Field Notes came out with a new XOXO edition, with orange and pink drip-paint covers. I ordered two packs. Because I have daughters the Cubs game was stressful.

Then last Friday, I set off to buy a winter hat. Because Chicago winters are cold. I did find a nice hat at L.L. Bean. And I also saw some special L.L. Bean Field Notes. Whoa. 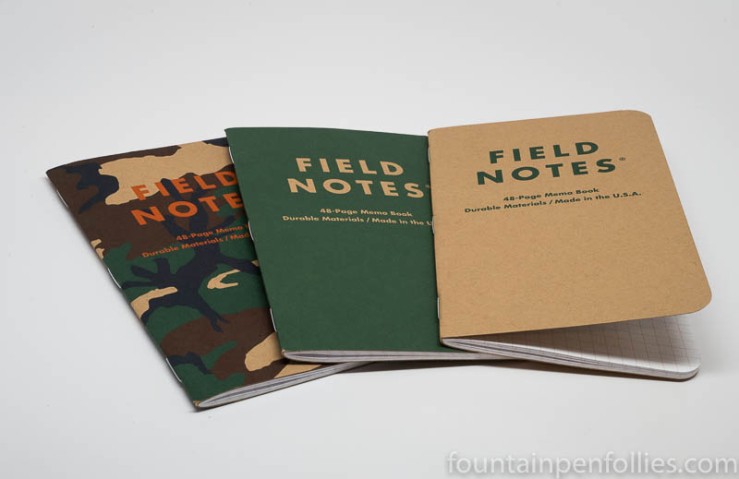 Now, a sane person would stop right there and ask herself, “Do I need more Field Notes, when I have just purchased six packs in the last few weeks?”

Clearly, the answer is no yes. I ended up buying two packs of the L.L. Bean Field Notes.

The cashier stopped to ask me about them. I believe L.L. Bean only sells these Field Notes in L.L. Bean stores, not online, and apparently interest has been high. Which puzzled the (sane) cashier. “What’s the deal with those? People keep calling us, asking if we have them. What do people do with them?”

I told here that I put notes, phone numbers and such in mine. I showed her one I had in my purse for that very reason.

I did not say: But it’s also fun to line them up like toy soldiers.

Anyway, it sounds like there may be a little bit of a craze for the L.L. Bean Field Notes. Which neither the cashier nor I could quite believe. So here they are. 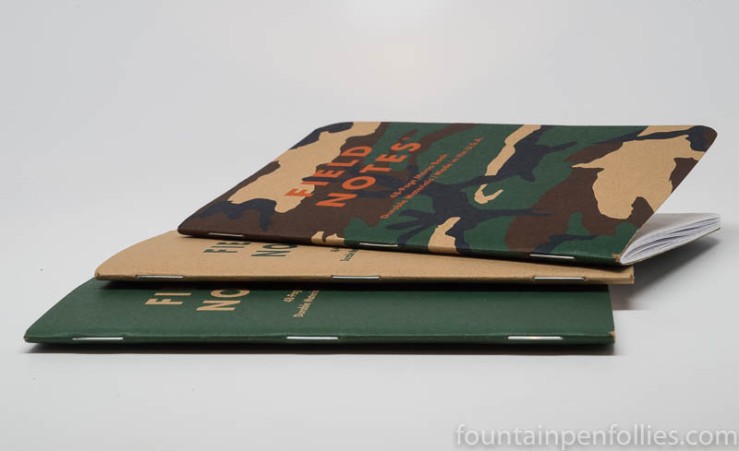 Inside, the notebooks are standard Field Notes. The paper is the usual Field Notes graph paper. Which I like. But which I again have to say is not fountain-pen friendly. People who only use fountain pens will not like this paper.

There are a few things about the L.L. Bean edition that even devoted Field Notes fans may not like. First is that right now these seem to be available only in L.L. Bean stores. Based on what my cashier said, that’s not stopping people. But each store’s stock may be catch-as-catch-can. I didn’t see a huge display — just three packs, of which I bought two.

Second, the price is higher than normal, at $13.95. It’s exclusive to one retailer, and I’m guessing that’s how the numbers worked out. However, that is $4 more than the regular edition.

Third, it is really just a regular edition Field Notes, except for the outside covers. Not just the paper, but also the inside back covers are all the same as you’ll get in a regular Field Notes graph-paper memo book. 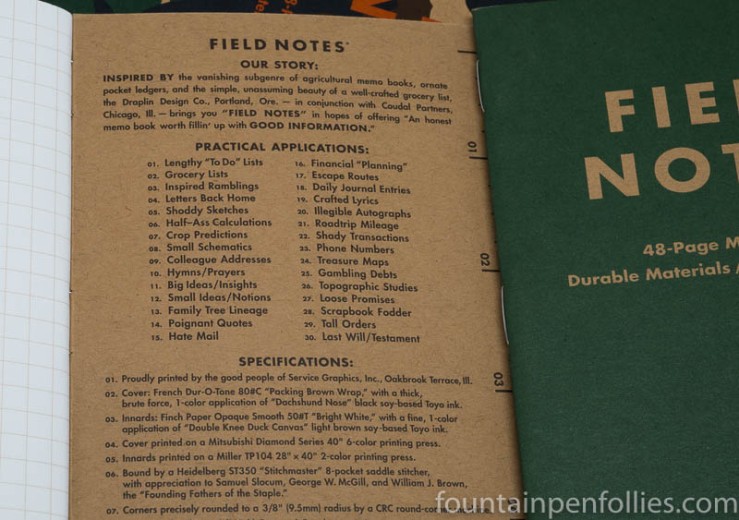 There is no mention inside of the L.L. Bean edition. No special L.L. Bean-inspired items in the Practical Applications list. And no identification of the inks used on the L.L. Bean notebook covers. Everything printed inside is just the same as in the basic notebook.

That likely was the only way to put this edition together for a reasonable price and in a reasonable time. And (the sane) part of me doesn’t care. But a little part of me would have liked to see specifications for the covers.

Still, I am very happy to have these, and I will use them with pleasure. I do not hunt. But I do tromp around in duck boots.