Since the burning question about the Aurora Optima Monviso limited edition seemed to be how it would compare to the Nero Perla, I thought I’d add a few more photos to those posted earlier.

You’ll notice in some of the photos, especially when you look at the cap, how the Nero Perla appears to have a blue tint. That’s a trick of the light: the Nero Perla is just more translucent, so it reflects the color of the light more strongly than the darker Monviso does. 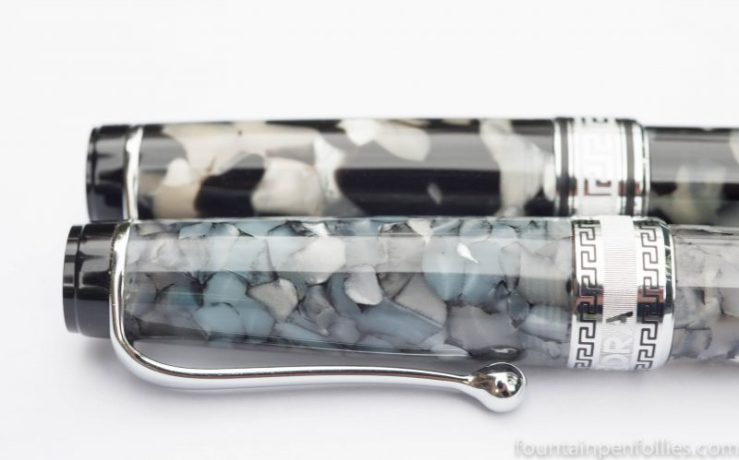 It’s easier to see the differences between the pens with the Nero Perla in front of the Monviso.

But let’s put the Monviso in front at least once.

Finally, here are the Monviso and the Nero Perla bracketing the demonstrator. All three of these pens have a different capband. 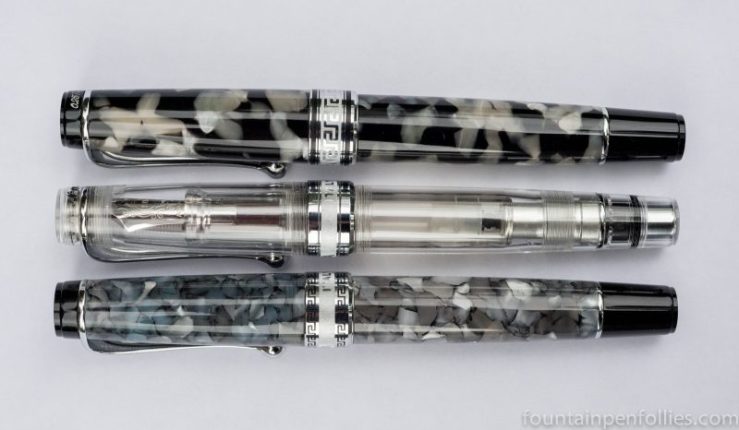 A hidden difference is that the Monviso is limited to only 360 pens, which is why I bought mine right away. The demonstrator is numbered, but there are many more of those — mine is number 1107. The Nero Perla is in the regular line.