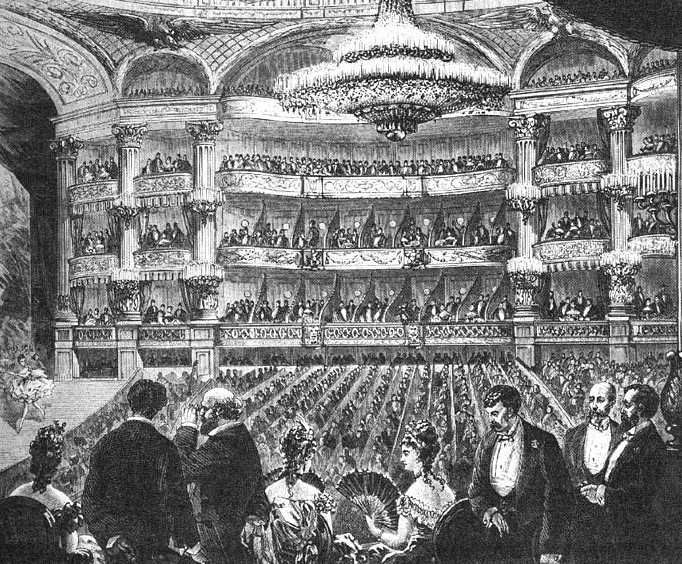 Yesterday I went with my father to a play for Father’s Day.

I know a lot of people will be thinking, “fun,” or, “lucky.” But let me admit that I approach these theater outings with a large dose of trepidation, even dread. That’s because my father’s tastes are very highbrow and serious, so the plays he selects are usually 100 minutes of grim, shattering realism.

And, unfortunately, I don’t drink. Nor do I keep any leftover painkillers to pop beforehand. Damn laws.

So as excellent as these productions are, I secretly call it Unhappiness Theatre.

In the past when we’ve gone to Unhappiness Theatre we’ve seen plays about a terrible marriages, sexual abuse by a priest, dementia, suicide and A Man Who Cannot Love. Oh, yeah, also the Holocaust.

So imagine my surprise when I got to Unhappiness Theatre yesterday and saw they were actually staging a comedy. It was a sendup of a number of famous American plays, with fantastic actors, so it was very funny. The narrator described two of the characters, a married couple, thus: “their hobbies are alcohol and resentment.”

Words that describe probably half of the characters in the plays usually put on by Unhappiness Theatre.

So, it was doubly fun in that setting. The audience left happy. Even my dad was delighted.  Everyone likes to laugh.

My dad did not know, however, that the words they said at the end, and the song they played were from the movie The Breakfast Club. That’s the only allusion I got that he didn’t. And I did not tell him, either. That might have ruined it for him.

Lithograph of the Paris Opera [Public domain], via Wikimedia Commons