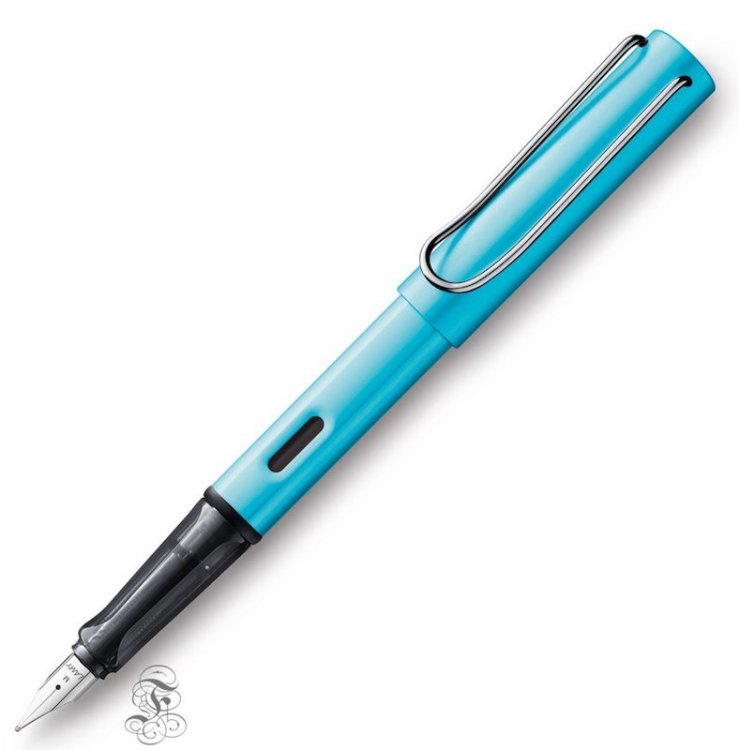 Thanks to Fontoplumo, we know the upcoming 2017 Lamy Al-Star will be this blue shade, called Pacific.

At first glimpse, I really like the color. It’s almost an Al-Star version of the no-longer-available Lamy Safari Aquamarine. Which is excellent.

I found this photo on Fontoplumo’s Twitter, which gives me the chance to say that Fontoplumo is another very nice store, from the Netherlands, from whom I’ve purchased before and will again. I’ve actually bought some of my Al-Stars and Safaris from Fontoplumo, because they have excellent prices and the European stores usually get the annual Safaris and Al-Stars first.